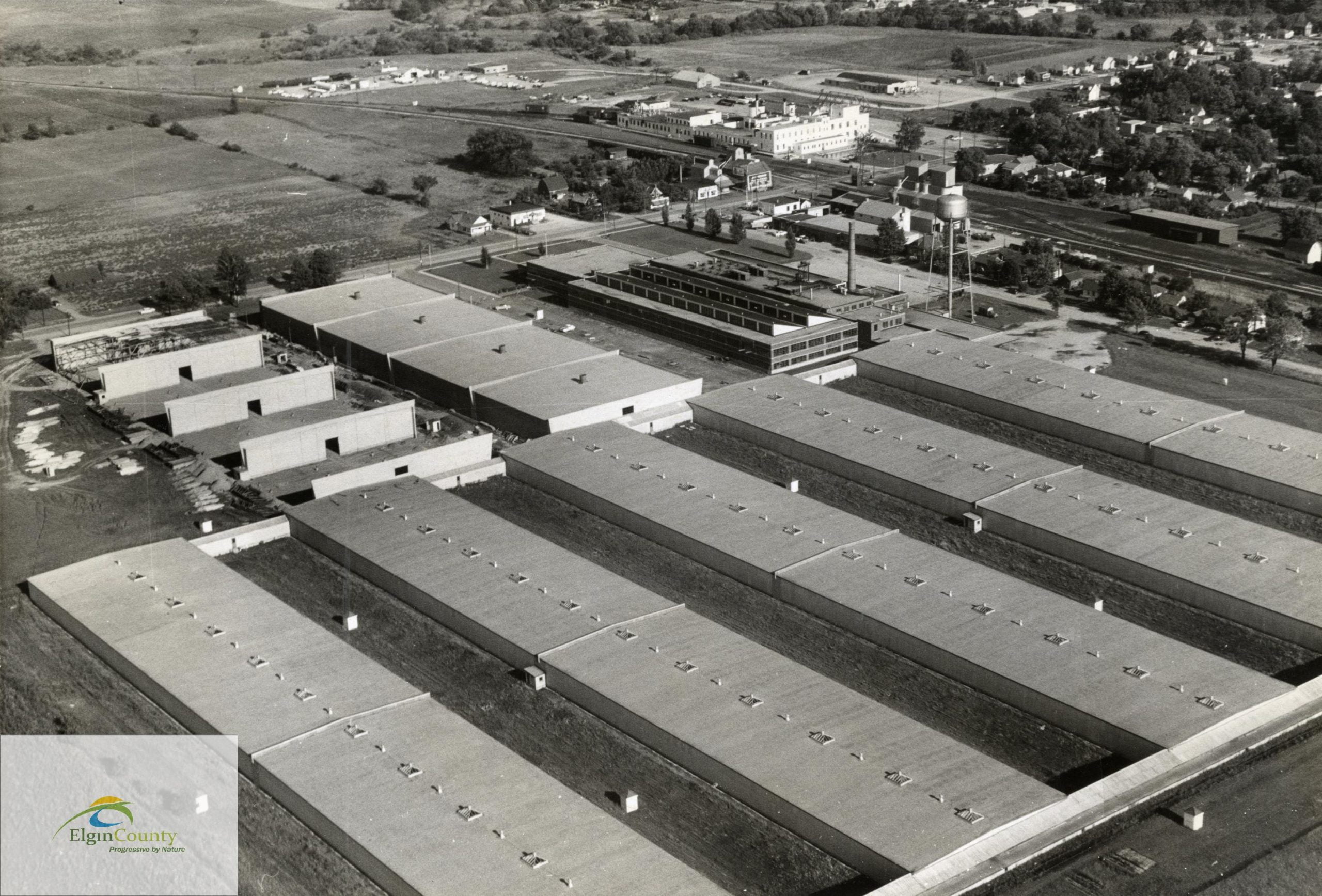 Original Article from the Town of Alymer

Imperial Tobacco Canada built a plant in Aylmer Ontario in the 1945. At its peak, it employed more than 600 full-time and seasonal workers. After declining tobacco sales in Canada, Imperial began downsizing in the 1990s. In October 2005, Imperial Tobacco announced that the Aylmer and Guelph, Ontario plants would close.

Imperial Tobacco opened their Aylmer plant in October of 1946. Imperial had two other plants in Leamington and Delhi, but Leamington was outdated and Delhi had run out of room to expand. The plant was built by Pigott Construction Company of Hamilton and would eventually take up 55 acres, 21.5 of those under roof. In its prime, the plant could store 110 million tons of tobacco and had an October to April production capacity of 100 million tons. Of this, 20 to 25 million tons were for export to other countries, making it one of Canada’s leading exporters. The rest of the processed tobacco would be shipped to Imperial’s cigarette production plant in Guelph.

The plant was one of the largest employers in Aylmer and the surrounding area and at one point the plant had almost 600 employees. This consisted of 80 full-time staff who would take care of basic operations year round and 515 seasonal workers who would be hired on during the October to April processing season. The seasonal workers were part of the Energy and Chemicals Workers Union (ECWU).

In 2005, Imperial was going through some operational model restructuring and decided to move all of its tobacco processing operations to Mexico. This meant that their plants in Ontario would be closing, including the Guelph cigarette facility and the Aylmer processing plant. In 2007, after 50 years of production, Imperial closed the doors of its Aylmer facility.