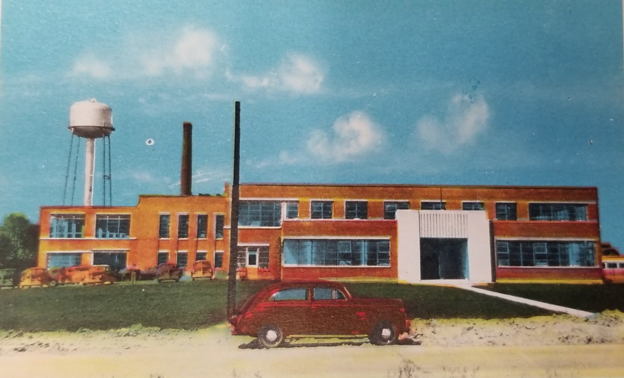 In October 2005, the Imperial Tobacco Company announced it was closing its Aylmer processing plant and in 2007 they closed their doors after 50 years of production. The facility employed 600 people during the peak season and was a major economic player in the region, a leading exporter in the Country, processing 100 million tons of tobacco a year, at one time was hailed as the largest plant of its kind in the British Empire.

In 2010, a team of investors and local business people purchased the property with a vision to repurpose it into a multi-tenant “industrial mall”, never being susceptible to a single industry shutting down again. The project was a massive undertaking taken on by a small team of driven, hardworking founders including:

Although the essence of the business was not unique; leasing space and offering renovate-to-suit opportunities, the approach was uniquely “hands-on”. The property was and still is owner-managed, where flexibility is prioritized, and where management strives to be as supportive and responsive as possible to allow for business change and growth. There was also a willingness to work with and provide support to early stage companies and to take risks by investing in improvements to create the ideal facility for each business. In these ways, the Elgin Innovation Centre team saw themselves primarily as partners with the businesses at the facility rather than just Landlords. Through this approach, the EIC welcomed many new businesses to the facility as well as many business looking to expand, and were proud to be able to play a small part in their success. Some notable business success stories include:

WeedMD started pre-licence under flexible terms at was once the cigar facility for Imperial Tobacco. They are now trading on the TSX as a leading medicinal cannabis firm, have now purchased the property, and employ over 160 employees at multiple locations.

Precision Fab Inc. expanded into 7000 square feet of space at the EIC, and now occupy over 100,000 square feet of the former processing portion of the plant off of Elm street. They have multiple locations spanning Ontario, Ohio, and Mexico and were recently recognized as one of Canada’s top 500 fastest growing companies by Profit Magazine and the Globe and Mail.

Excel Fabrication and Design Ltd. started as a one-man welding operation and has grown into an international business spanning many locations and several subsidiary companies including Select Fab, which still operates out of the Elgin Innovation Centre.

The EIC team continues to invest heavily in the property, adding new access roads, power infrastructure, utility infrastructure, shipping/receiving facilities and fiber optic internet to prepare for more manufacturers, warehousing and other industrial users to continue making this property a vital piece of the local economy once again.

To maximize the potential of this million square foot, 55 acre property by creating an industrial center full of diverse, innovative, and sustainable businesses to replace the economic and employment loss from the closure of the Imperial Tobacco Plant.

Jobs at the EIC

Businesses at the EIC